The Distinguished Alumni Award is presented to alumni who have obtained distinction in their professional careers. Those honored share the same characteristics of leadership, progressive thinking, high standards, uncompromising integrity, commitment, courage, and confidence. Their careers serve as models for Atlanta’s John Marshall Law School students and alumni.

Rhonda Bender Kreuziger is a Superior Court Judge in the Griffin Judicial Circuit which covers Fayette, Pike, Spalding, and Upson Counties. She received a law degree from Atlanta’s John Marshall Law School in December of 2000, and a Bachelor of Science in Microbiology from Northwestern State University in Louisiana in May of 1991. Prior to becoming an attorney, she worked as a Forensic Serologist with the North Louisiana Criminalistics Laboratory, in Shreveport, Louisiana, and as a Forensic Toxicologist for SmithKline Beecham Clinical Laboratories in Dallas, Texas. During her last semester of law school, she completed an externship in the Special Prosecution Division for the Office of the Attorney General for the State of Georgia.

After law school, she worked as an Assistant District Attorney in the Griffin Judicial Circuit where she prosecuted felony, misdemeanor, and juvenile matters for Fayette, Pike, Spalding, and Upson Counties from approximately 2002 until 2006.

In 2006, she left the District Attorney’s Office to start her private practice, The Kreuziger Law Firm, P.C. During this time, she also served as Solicitor for the City of Senoia, Solicitor for the Town of Tyrone, and subsequently as a conflict defense attorney for the Georgia Public Defender’s Council in the Griffin Judicial Circuit. In her private practice she represented litigants in the following matters: Criminal Law – both felonies and misdemeanors in Superior, State, Juvenile, Magistrate, and Municipal Courts throughout the State of Georgia and handled matters pro hac vice in Florida; Family Law/Domestic Relations matters, including but not limited to, divorces, child custody, child support, legitimations, contempt actions, temporary protective orders, and, modifications; Personal Injury related cases; Landlord/Tenant matters; Breach of Contract cases; and Criminal and Civil Appeals to both the Georgia Court of Appeals and the Georgia Supreme Court.

In July of 2021, Governor Brian Kemp appointed her to the Superior Court for the Griffin Judicial Circuit, and she was sworn in on August 17, 2021.

Judge Kreuziger is the first woman and first person of color to serve on the Superior Court bench for the Griffin Judicial Circuit.

She has also served as a presenter to the Fayette County Bar Association – “Preamble – A Great Place to Start! (Preamble to the Model Rules of Professional Conduct)” (February 2022); Thomaston-Upson County Civic Center 1st Annual Black History Month Honoree (2022); recognized by the Mayor of Fayetteville and City Council for “Exceptional Service to the City of Fayetteville” (2020); Leadership Academy for the Georgia Association of Women Lawyers, 2009; Guest Instructor for the DUI Case Preparation and Courtroom Presentation at the Georgia Public Safety Training Center (2009 – 2011); CLE presenter – “How to Try a Case in a Conservative Jurisdiction – The Importance of Understanding Venue” (2010); CLE presenter – “Preparation and Investigation of a Criminal Case” (2011); Judge for the NCFCA Speech and Debate Competition (2012); State Bar of Georgia Transition into Law Practice Program, Mentor (2010 – 2011); Youth Challenge Academy – Mentor (2013 -2014); AV Pride Career Exploration Program Internship Program – Mentor (2013 – 2014); Regional Mock Trial Competition Judge (2015 and 2022); and, The Atlanta’s John Marshall Law School Award for Outstanding Service to School and Community Recipient (2001). 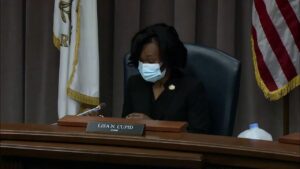 Join us on Saturday, May 14, 2022, 11am-2pm, at the Georgia International Convention Center for a Public Safety Forum with Elected Officials Panel Discussion. 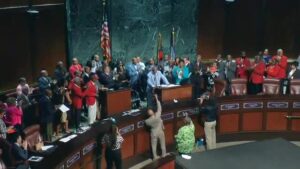